Finally, a conclusion to our three-part blog series! So let’s wrap up our 30 Christmas desserts around the world culinary tour with the last 10 countries and their traditional confections for the holiday season. To recap, our first post is here and followed by this. So without further ado, let’s get to know what other countries prepare for Christmas dinner. And if you feel like showing off your cooking genius or just wing your way through the kitchen, take a look at the recipe linked to each dessert. 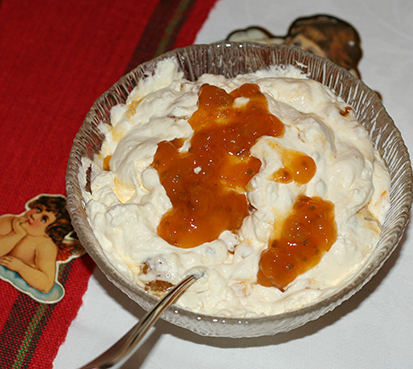 Multekrem is Norway’s staple Christmas dessert and it’s made with cloudberries (multe in Norwegian), whipped cream, and sugar. It’s commonly served with krumkake, a Norwegian waffle cookie shaped on a conical rolling pin. Bookmark this multekrem recipe from 196flavors. 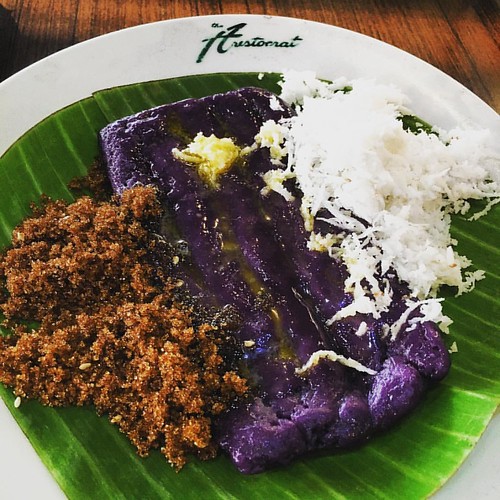 A popular street food during Simbang Gabi (a Catholic tradition of dawn mass from December 16 to 24th), puto bumbong is a kakanin or rice dessert made with glutinous rice and purple yam. The rice batter is steamed and topped with melted butter, muscovado sugar, and grated coconut. Here’s well-loved puto bumbong recipe from Pinoy Hapagkainan. 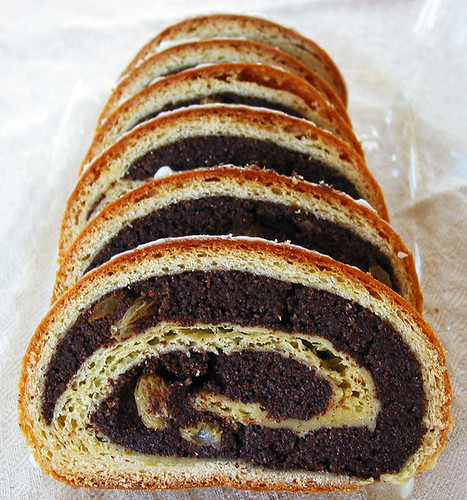 Makowiec is a traditional dessert popular during Christmastime in Poland. This holiday favorite pastry is a yeast roll stuffed with ground poppy seeds. The Poles believe that eating poppy seed cakes will bring good luck especially when done during holidays. Here’s a makowiec recipe from Barbara Rolek. 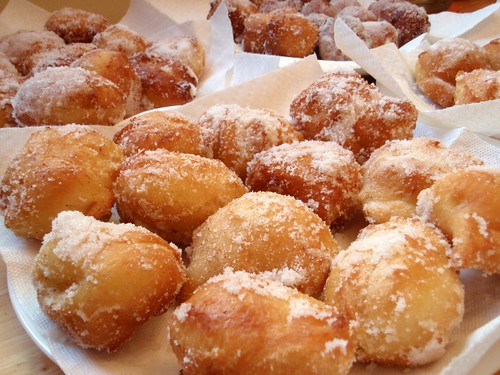 Malasadas (sometimes used interchangeably with filhóses) are Portuguese donuts made with balls of yeast dough that are deep-fried then coated with sugar. Malasadas are prepared on occasions like Easter, Christmas, New Years, and other celebrations. This malasada recipe is from Tia Maria’s Blog. 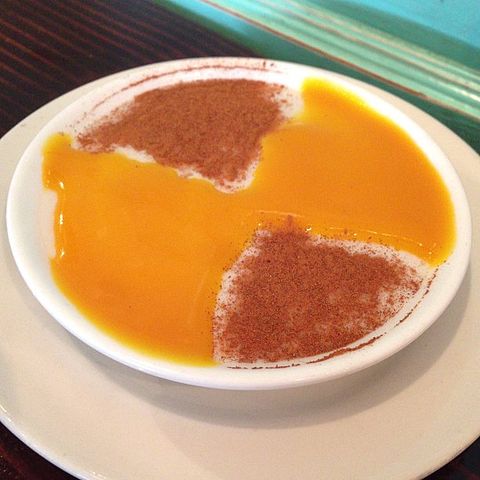 Tembleque, which means “trembling” or “jiggly” because of its gel-like feature, is a coconut dessert pudding from Puerto Rico. The dessert is made with coconut milk, salt, cornstarch, sugar, and garnished with cinnamon. Want to try making this super easy dessert for Christmas dinner? Here’s a tembleque recipe from Tasty Kitchen. 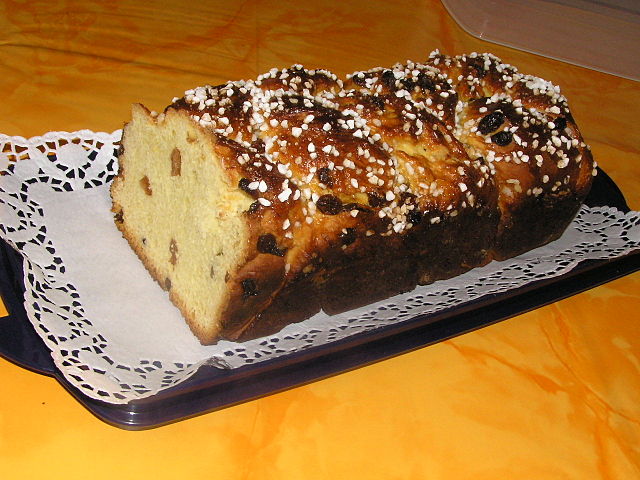 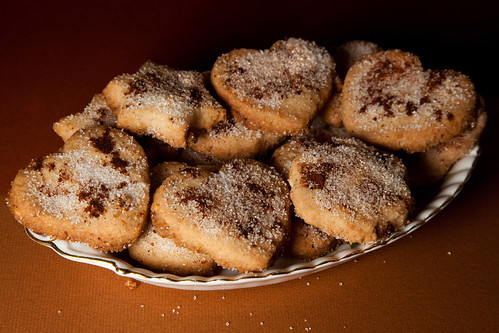 Mantecados are soft and crumbly Spanish shortbreads and traditionally flavored with anise or almond. Its name is derived from manteca (refers to the fat of Iberian pig) in which these cookies are traditionally made. This mantecados recipe from Lisa & Tony Sierra will guide your through making a dozen of these cookies. 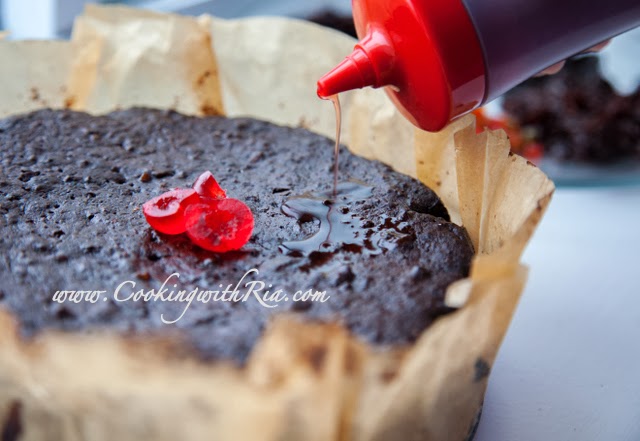 Without a doubt, black cake is a Christmas institution in Trinidad because it’s ever-present during festivities and can last for months. Wait, did I forget to mention its strong alcohol taste? The cake’s ingredients like prunes, currants, and raisins are drenched in rum making it a delicious alcoholic dessert. This black cake recipe from Cooking with Ria is what you need for making an ultimate rum cake. 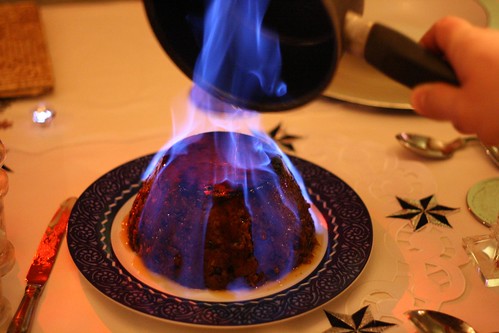 A traditional holiday pudding made with sugar, suet, brandy, dried mixed fruits, and spices, Christmas pudding is served as part of Christmas dinner in Britain, Ireland and other countries influenced by British emigrants. Traditionally, the pudding is drenched in brandy, flamed at the table, and served with brandy butter. Here’s a Christmas pudding recipe from Mary Berry.

Dulce de Lechosa is a Venezuelan Christmas dessert made with unripe red papaya, sugar, and cinnamon. The papayas are cut into thin slices, soaked overnight in sugar and then cooked with cinnamon. This delicious treat is easy to make and here’s a Dulce de Lechosa recipe from Carolina’s Culinary Journey blog.

And that’s it folks for our World Cuisine series! There’s no better way to end our blog post with the classic greetings: Happy Holidays for this festive season and Merry Christmas on that special day of Jesus’ birthday. Wherever you are on the planet and we may have differences in our religious beliefs and traditions, let’s not forget that at the end of the day – Christmas is family-centered celebration. Best wishes everyone! 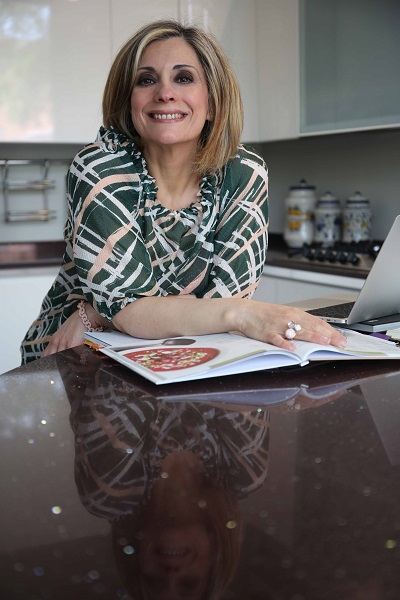